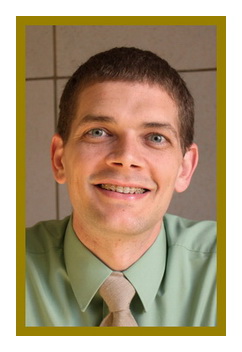 Dr. Blake Barney, a first-year graduate student at the University of Washington School of Dentistry, has received the 2012 David H. Wands Endowment Fellowship in Graduate Prosthodontics, the School of Dentistry has announced. He is the 12th recipient of the $10,000 award.

Dr. Barney, a native of Idaho, received his DDS in 2011 from The Ohio State University and his undergraduate degree in biology in 2007 from Brigham Young University - Idaho. His earlier awards include an Achievement Award from the American Academy of Oral and Maxillofacial Radiology in 2011 and a Barlow Fellowship for outstanding academic research participation in 2010, both at Ohio State.

"I'm grateful and excited," Dr. Barney said at the outset of the fall term at the UW. He said he chose the UW Graduate Prosthodontics program in part because of its close working relationship with Graduate Periodontics. "There's an awesome understanding of how they go together, and the treatment planning is really comprehensive," he said.

Dr. Barney said he grew interested in dentistry while on a church mission in Eastern Canada. He met a family that included a dental student, and their conversations piqued his fascination. In dental school, he initially had no intention of specializing, but that changed.

"I really enjoyed denture class - waxing, making everything look nice. I wanted to learn how things work, and try everything for myself," he said. He also took close note of school activities related to the American College of Prosthodontists' Awareness Week.

Dr. Barney and his wife, Lindsey, have three young children. The couple, who are avid runners, have completed two full and four half-marathons. Dr. Barney performed missionary service in  Canada for The Church of Jesus Christ of Latter-day Saints from 2001 to 2003, and for two years taught a seminary class for high school students. He said that his career plans include a mix of private practice and teaching.